16 reviews
The Polar Bear Wooden Sunglasses Collection, re-inventing the classic wayfarer shape and adopting new innovative design, these timeless frames will always be on-trend and keep you looking fresh for those summer adventures.

Handcrafted from the strongest veneer woods this unisex frame is our Best selling frame over the past few years, as the classic wayfarer frame is a safe bet and always stays on-trend and in fashion. Hand-selected for its durable qualities and textured grain our Zebrano and walnut hardwood veneers are compressed, treated and shaped, to give every wood frame its unique aesthetic. The design is complete with striped veneered arms created using off-cut woods from the workshop to reduce waste.

The Polarised lenses come as standard to all our collections and are perfectly equipped to tackle any environment with UV400 protection. Choose from a classic black, ice blue, sunset red, or vintage brown lens.

Needless to say, the amazing creation of these handcrafted wooden sunglasses reduces the amount of plastic waste produced in the industry and with every frame sold we also contribute to a non-profit organisation that plants a tree on your behalf keeping in line with our eco-friendly ethos.

A Bamboo hard case box and Hessian sleeve come as standard to keep your frames safe but also make for great gift ideas ideal for loved ones, friends or even treat yourself.

Thank you for submitting a review!

Your input is very much appreciated. Share it with your friends so they can enjoy it too!

Saw these and thought they were different and tried them on and purchased them. I am very happy with them. Good service and advice given.

I purchased my wifes sunglasses

I purchased my wifes sunglasses at the Lincoln christmas market on the thursday. The gentleman on the store was very friendly and smiley. No pressure to buy but fabulous products I couldn't say no. My wife is extremely happy with her stone sunglasses. Unique and strongly well made. Only marked down a star was because I was told I would receive an email with a receipt for my purchase and I still haven't received that ye nearly 2 weeks later.

Excellent service at the point

Excellent service at the point of purchase and excellent quality of the product , the sunglasses were bought as a gift for my son who loved them .

A move in the right direction

Recently bought a phone cover and sunglasses as they are made from natural products and not polymers. Great style, price and quality. The phone cover is a great inexpensive gift and something that will be used. 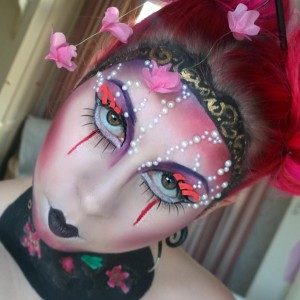 Bought these sunglasses for my partner who kept stealing my own Bear Essentials sunglasses and he was just as happy as I am with mine. Brilliant delivery and quick service, will definately be recommending to everybody and buying more from them.

These are my second bear essentials glasses I LOVE them x

I purchased a pair at a festival recently. I had been looking at wood framed sunglasses for a few years at various places but have always been put off by the cost. When i saw the Bear Essentials, i was stunned, even more so when told that they had a festival discount. I thought about it, thought a bit more, and wandered off, only to find myself wandering back a couple of minutes later to buy the pair that i had tried on, and i'm glad i did. I was told when i tried them on that they were 'the last pair they had in that style', i took this as standard sales patter, but i did notice that later in the day, the display shelf was empty, and the next day of the festival, the empty shelf was gone, so i was very lucky to get them when i did. The glasses themselves are great. Really stylish and eye catching, i have had several favorable comments in the short time i have had them. They are really light and comfortable, but feel sturdy. The carry bag that they came in is nice and complements the glasses well. The only negative that i have is that the beautiful box that the came in isn't great, but i hadn't noticed until i got home from the festival. The magnet that (i expect) is to help the slide stay closed seems to be the wrong way up, so instead of attracting, it repels, meaning the box doesn't stay closed. Also, one side of the sliding lid is splintered. However, the box is not what i purchased, it was just a nice and unexpected bonus, so i can't bring myself to give the glasses anything less than 5*

I bought a pair of Polar Bears two months ago. I have been so impressed with them that I have just bought another 2 pairs - one Polar Bear as a gift for a friend and a prescription pair of Koala Bears for myself for reading. The fact that I love things made from high quality hard wood and that these glasses are so stylish and comfortable puts them head and shoulders above any other pair of glasses I have ever owned.

Met Josh at Carfest North- fantastic products and excellent service. Great to see the detail and workmanship in the products brought together from his experience and training. Highly recommend!

Stumbled across the Bear Essentials stall at Carfest North. I was instantly drawn to the the polar bear sunglasses with blue lenses. They are a great design and well made. The mix of colours on the frame are distinctive and the polarised lenses are a bonus. Best of all is the competitive price.

Bought as a gift

Bought these for my Girlfriend and haven't been able to look her in the eye since. She won't take them off. They do look amazing to be fair.

Thrilled with the look feel and comfort

These are the most comfortable and best fitting sunglasses I have bought. The gentleman on the stand at the show was very knowledgeable and he was a delight to talk to. There are many fantastic products available from this company and I will be purchasing many of them in the future

I ordered two pairs two years ago. I didn't take great care of the lenses on one so I had to order a new pair. Absolutely worth it. They are durable and comfortable. Love them!

Recently received my new sunglasses. I’m very pleased with them. Still yet to wear them out and about. If they are anything like my zebrano watch I’m sure to get many positive comments. Thanks Yvette